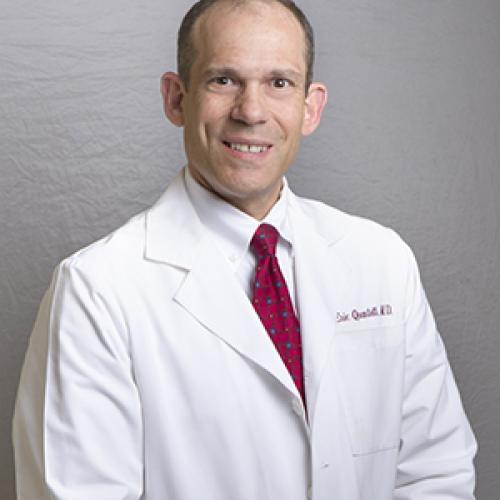 An exceptional undergraduate student at the University of Illinois at Urbana, Eric Quartetti received his Bachelor of Science degree with a major in biology in 1984. From there, he went on to the U of I College of Medicine in Chicago, where he developed an interest in ophthalmology during his second year, and was awarded his MD degree in 1988. Completing his internship at Weiss Memorial Hospital in Chicago. Dr. Quartetti then served a three-year residency in Ophthalmology at Ohio State University Hospital. During his tenure there, he demonstrated exceptional skill in working with pediatric cases, thereby winning the respect and admiration of his colleagues.

Since joining Fox Valley Ophthalmology in 1992, Dr. Quartetti has continued to demonstrate a penchant for working with children, as well as developing an expertise in cataract and Refractive Surgery. At the forefront of advanced technology, he was among the first ophthalmic surgeons in the area trained to perform Laser Vision Correction (a procedure to correct vision through laser surgery of the cornea).